All merchandise orders must be accepted in writing by a duly authorized representative of TTI. A fictitious acceptance by which uncontradicted orders are to be deemed to have been accepted does not exist.

Changes made to the order after its acceptance shall only become effective if they are confirmed in writing by a duly authorized representative of TTI. Unilateral changes to the order by the purchaser are ineffective.

Orders accepted by TTI may not be cancelled unilaterally by the purchaser, but only with the written approval/consent of TTI, regardless of the reason for cancellation or rescission and without limitation of the rights and/or damage compensation claims to which TTI is thus entitled, unless the contracting party is entitled to a legal right of rescission. The purchaser shall be at liberty to show that TTI incurred no damages or lesser damages; TTI shall be at liberty to assert greater damages.

Special orders for merchandise not ordinarily in stock or prefabricated according to the manufacturer’s or customer’s specification cannot be cancelled or rescinded.

TTI shall provide no assurances whatsoever that merchandise sold to the purchaser is free of third-party legal claims based on a violation or infringement of a patent, trademark or the like, and shall provide no warranty and liability whatsoever in the event of a violation in connection with the merchandise. The purchaser recognizes this non-warranty. The purchaser rather has to ensure by himself or herself that the products sold by him or her in the respective countries do not violate any third-party rights. The purchaser consents to address himself or herself only to the manufacturer or licensor of the merchandise in the event of a claim based on a violation. In addition, the purchaser consents to protect, defend, and indemnify TTI against amounts, costs, expenses, and legal fees which are incurred by TTI, the seller, in consequence of a payment claim, a cause of action, or judgment, or which TTI must pay, which result from utilization, alteration, or improvement of the merchandise acquired by the purchaser, unless such utilization, alteration, or improvement was approved in writing by the manufacturer or licensor of the merchandise.

Any technical consultation or advice offered or given in connection with the use of the merchandise shall be a gratuitous favor for the purchaser; TTI shall bear no responsibility and assume no liability whatsoever for the content, application or consequences of any such consultation or advice. The purchaser may not utilize, reproduce, or disclose technical data provided or disclosed by TTI without the seller's prior written approval. Exceptions shall be assembly, installation, operation, and maintenance of the merchandise acquired by the purchaser. Any information and statements on RoHS and REACH compatibility are exclusively based on the specifications of the manufacturers.

The present agreement shall represent the sole and total agreement between the parties with regard to the subject matter of the contract, replacing all earlier or contemporaneous agreements between them, whether written or oral, regarding that subject matter. Previous transactions between the parties and procedures customary in the industry shall not be authoritative as an interpretation or amendment of a provision hereof. Acceptance or tolerance in case of a performance rendered in the context hereof shall not be authoritative for determining the meaning of the present agreement, even if the accepting or tolerating party had knowledge of the type of performance and had the opportunity to object. Any later changes to this agreement shall be binding upon TTI only if made in writing and signed by both the purchaser and TTI. An assignment by the purchaser of this agreement or the rights arising therefrom shall be valid only with the written consent of TTI. 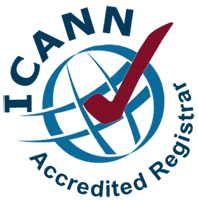